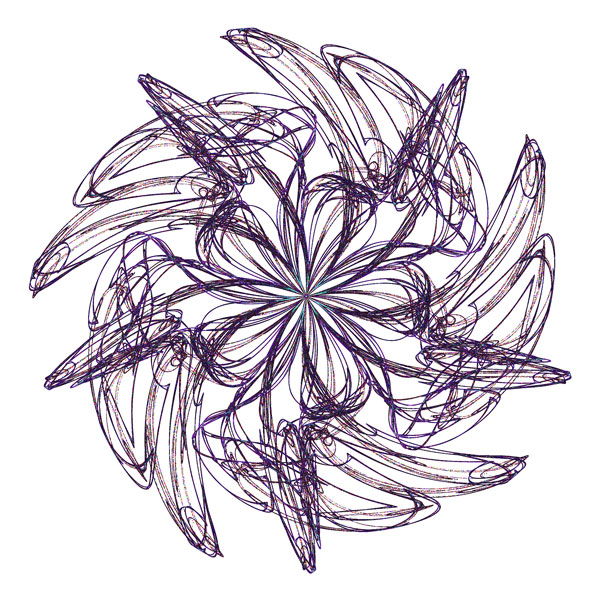 A Brit with a Math degree and teaching qualifications, I emigrated to the States in 1979 along with a wife and three young children. At various times I have been teacher, pension consultant, sheet metal worker, computer repairman, programmer, and the voice on the end of the phone at various call centers.

Having no formal training in hardware or software, I picked up those skills as I went along. Somehow I have managed to scrape by.

I have always had an interest in geometric shapes, spending hours doodling impossible polygonal constructions when I should have been playing outside. When I first went onto the shop floor as a sheet metal worker back in England, I noticed that an awful lot of time was spent laying out flat patterns by hand. (This was before CAD and the Personal Computer)

For large installations such as ducting big enough to drive a bus through, 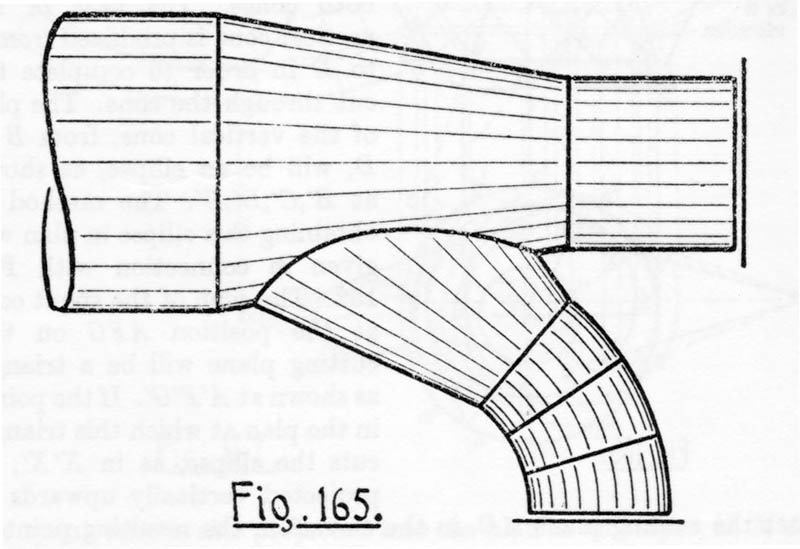 this meant a lot of crawling around on the floor managing cumbersome drawing instruments. "'Arf a mo'" I said to myself (I had a Cockney accent), "There's got to be a better way."

This led to the beginning of my programming career - translating Math into code, in this case to derive the shapes of metal sheets and plates in the flat. My first programmable calculator, an HP41C cost about $300 in 1980. The HP 35s (much advanced) was $40 in 2019. 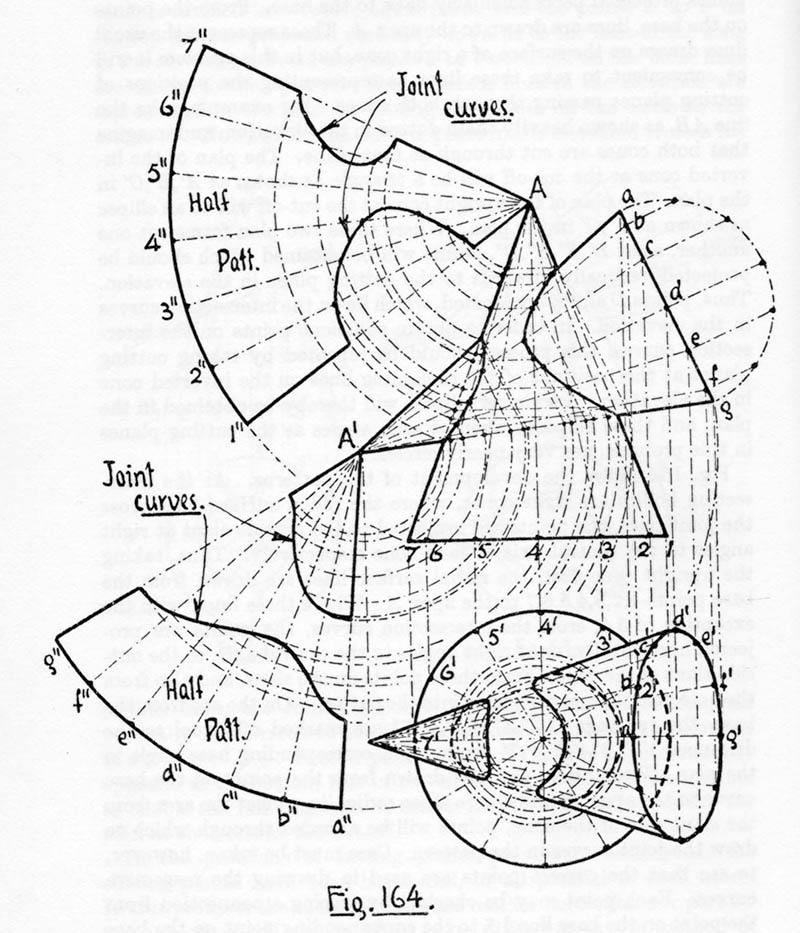 The two illustrations above are from the English sheet metal worker's Bible: "The Geometry of Sheet metal Work" by A. Dickason, published by Pitman1978 (long out of print).

I mention this (as a former teacher) to illustrate that Math can come in useful at the most unexpected times. So for any students reading this: listen up in Math class!

I started making the images on this website in the early 1990's, inspired by this book that my first-born brought home from his Math class - a combination of theory and beautiful pictures, often referred to as the first coffee table Math book: 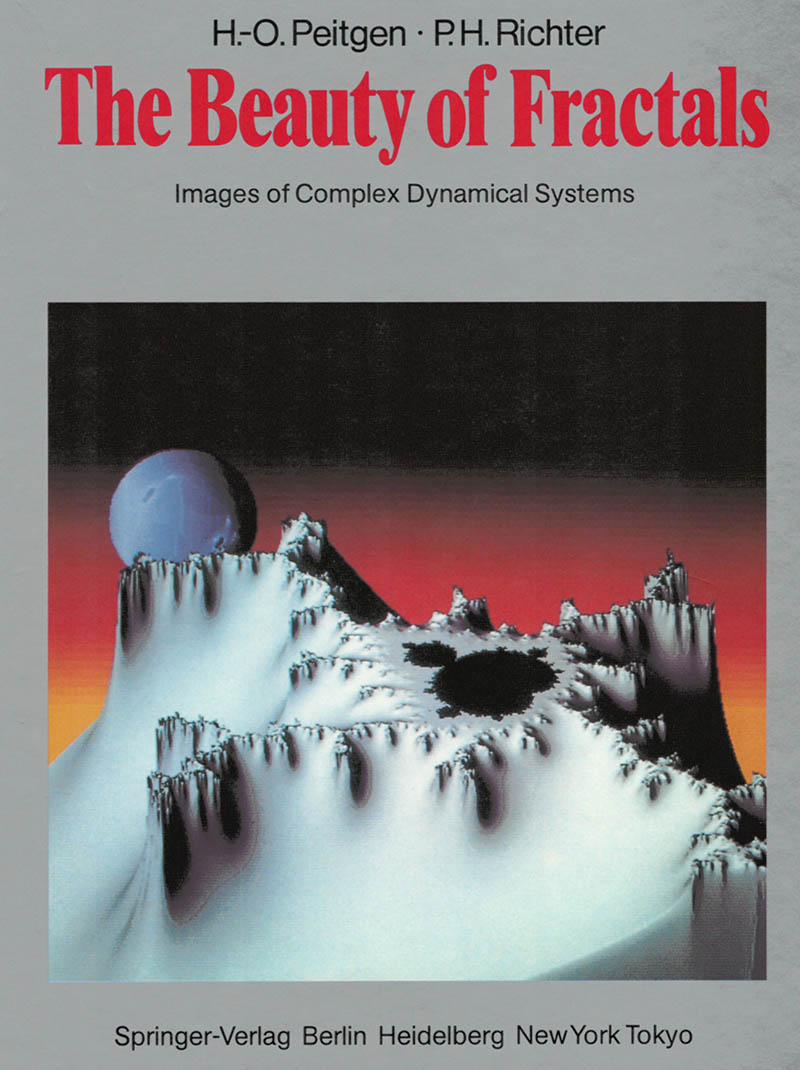 The rest,as they say, is history. 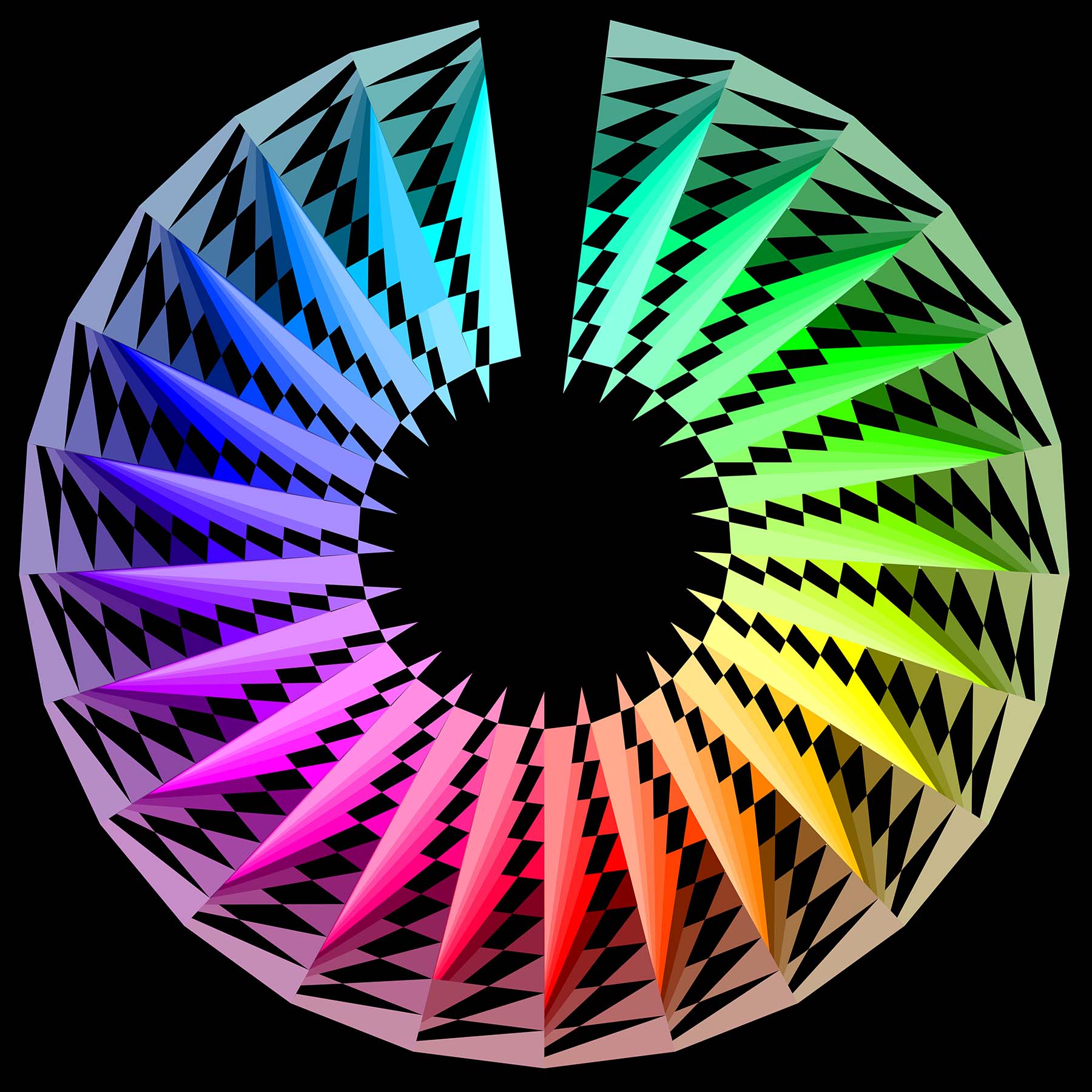 Can images produced by computer be considered art?

In the words of Isaac Newton: "I leave this to the consideration of my reader." 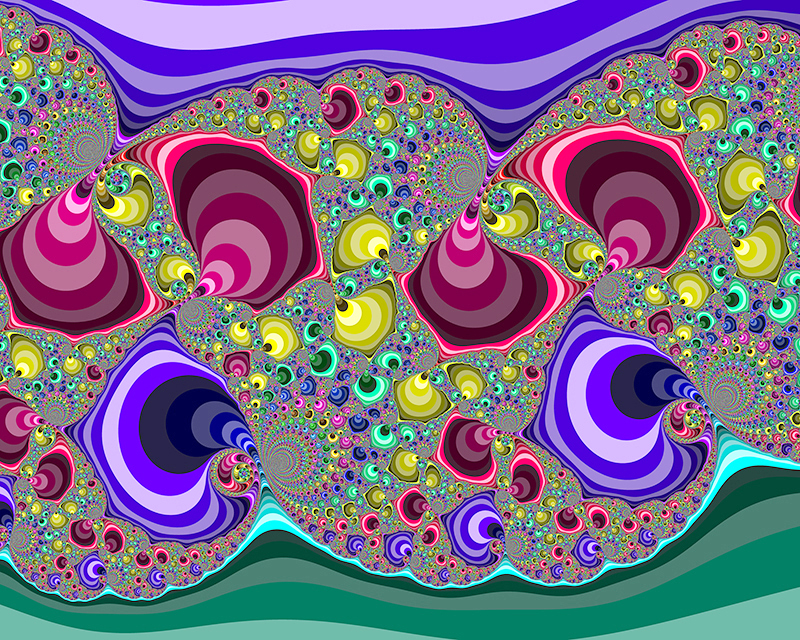 "I know nothing about art but I know what I like."

I [hereinafter also referred to as the Author or the Artist] hereby state declare affirm and certify that this website contains my original work only with the exception of short quotations and that to the best of my knowledge and belief it contains no material previously published by another person or business entity whether in electronic or hard copy format and that no image herein contained has appeared in any venue whether real or virtual including but not limited to art exhibitions juried shows folk festivals and the like excepting those where the author himself has exhibited and that any non-original mathematical formulae equations expressions and the like used in the production of said images herein contained are in the public domain and further that the sources of said non-original mathematical content are acknowledged within these pages and that all computer program code is the product solely of the author and that all commercial software used in the production of these images is the legitimate property of said author.
Special credit to Bruce Dawson, author of "Fractal eXtreme" - a model of good programming.
Readers may notice the lack of explanatory text on the Home and Portfolio pages. This is by design - I want the images to speak for themselves, without extraneous chit-chat.
A couple of the images look like photos of large-scale installations. They are actually aspirational renderings done by my clever second-born.

"Alone I did it. Behold the fruit of pensive nights and laborious days.."

Sherlock Holmes (in "His Last Bow")

"It's my own invention."

The White Knight in Lewis Carroll's "Through the Looking Glass"

"The products of the mind are not to be bought and sold like a pound of cheese."

"To see a World in a grain of sand

And a Heaven in a wild flower,

Hold Infinity in the palm of your hand

And Eternity in an hour."